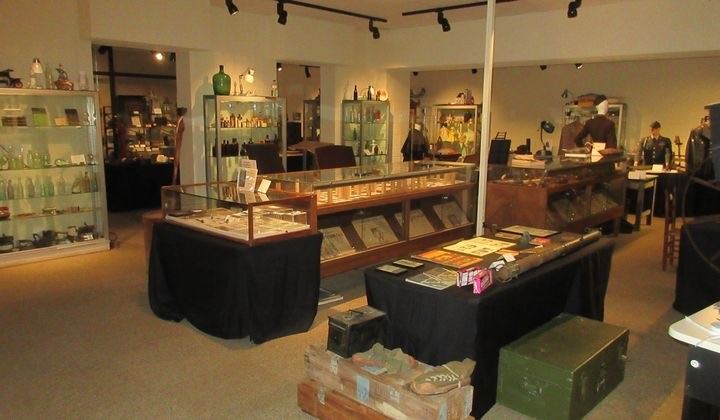 There are no published events in current month.

The Vanishing Texana Museum in Jacksonville offers an impressive collection of antiquities, curiosities, ephemera and vestiges from the region and beyond, with the majority of the items dated from 1830 through 1950. Items from foreign regions, however, date as far back as 238 A.D.! An extensive Antique Coin Exhibition showcases currency hailing from the Roman Empire. A particularly unusual item is the Noell Madstone. Before the rabies vaccine became available in 1885, no treatment existed for having been bitten by a rabid animal – except for the application of a Madstone.

The first item donated to our museum, the tooth of a Mastodon, was in 1956. In those days, the library was also home to the museum. Finally, in 1975, the city appointed a board of directors who applied for the articles of incorporation for the Vanishing Texana Museum.

For many years the museum’s inventory continued to be housed in a small area of the library. Additionally, as the board learned of the damaging effects of fluorescent lighting, the collection was kept under lock and key and was only shown upon request. Happily, gifts to the museum kept coming in.

In 1985, a deal was struck with the Union Pacific Railroad to gift their train station at East Wilson and South Main Streets to be used as a museum. The day before the papers were to be signed, a Union Pacific train pulled into Jacksonville and stopped, blocking all cross traffic through the city.

This happened often as there was no bridge on Highway 69 as there is now. Apparently, our chief of police at the time felt the engineer was taking too long to clear the tracks. He pulled up, red light flashing, and wrote the engineer a ticket. This upset the local Union Pacific manager and before the property transfer meeting could happen, he had the building torn down.

A modular office and two 20 foot containers were placed on the site and remain there today.

Finally, around 2011, an effort was made to create more space for the museum and the back half of the old library was converted to house the collection. In 2012, the Vanishing Texana Museum opened to the public, although on a limited basis.

In 2016 a curator was hired, hours were expanded, and local residents were able to proudly show off the history of their town along with having their personal collections put on display for their neighbors to enjoy. 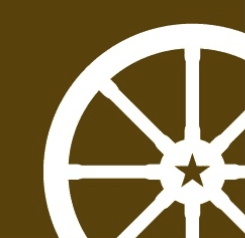 Board members meet at the museum on the third Monday of every month at 5:15. They are appointed by the City Council for two year terms, with no term limits.