In Memory of Officer Roscoe Lee

On June 30, 1979 Officer Roscoe Lee and other officers answered a call of a man with a gun. The call was at a pool hall located at Lincoln and Main St. Upon on their arrival, the officers observed a man pacing back and forth in front of the business with a shotgun.

Officers took cover and tried to get the man to lay the weapon down. Officer Lee had took cover behind a patrol unit. Both the windows were rolled down on all the police cars. At one point Officer Lee raised up from behind the patrol unit to check where the suspect was. The suspect raised the weapon and fired one shot in the direction of Officer Lee's vehicle. The shot went through the open windows and struck Officer Lee in the face, fatally wounding him. Officer Lee was pronounced dead at the hospital as short time later. Officer Lee left behind a wife, Virgie Lee and four daughters, Mary Story, Cynthia Sanders, Veda Grandberry and Tina Barnett.

For more information and to search for and view other fallen officers, read more online. 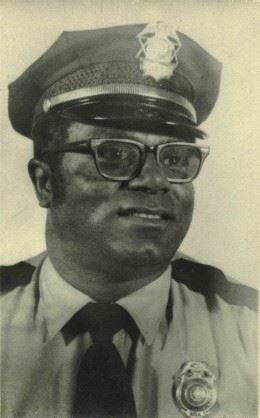