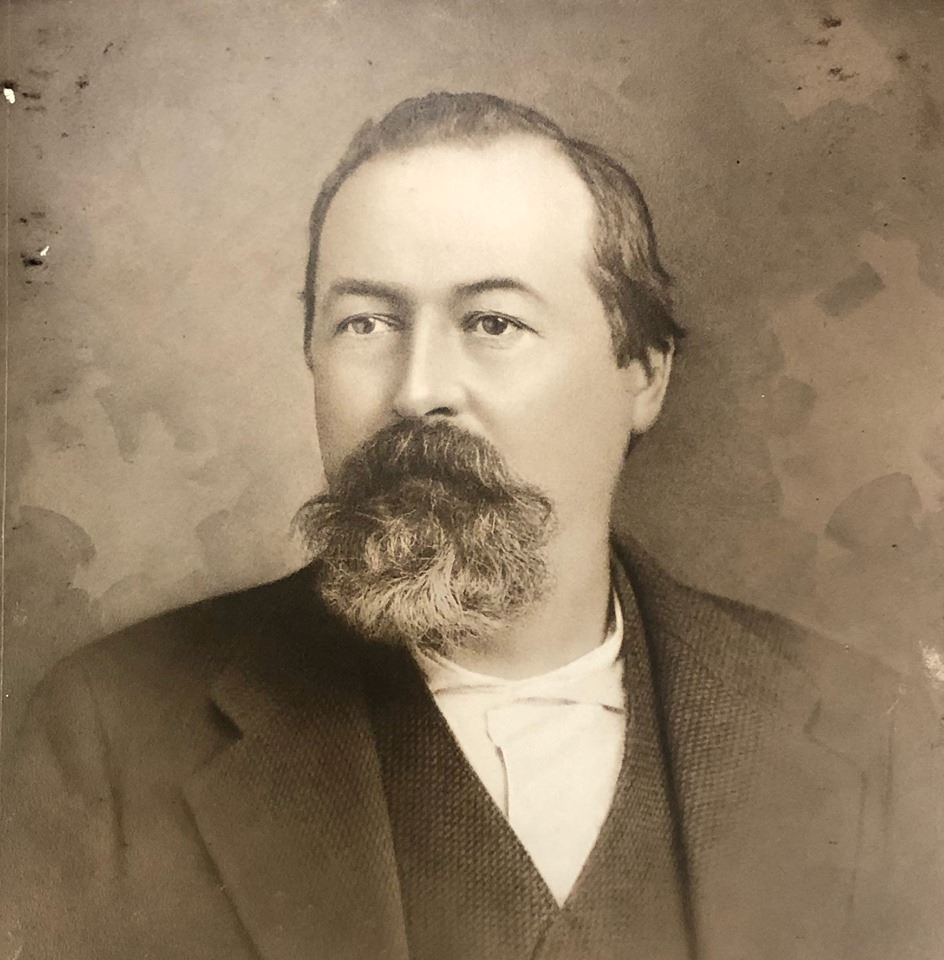 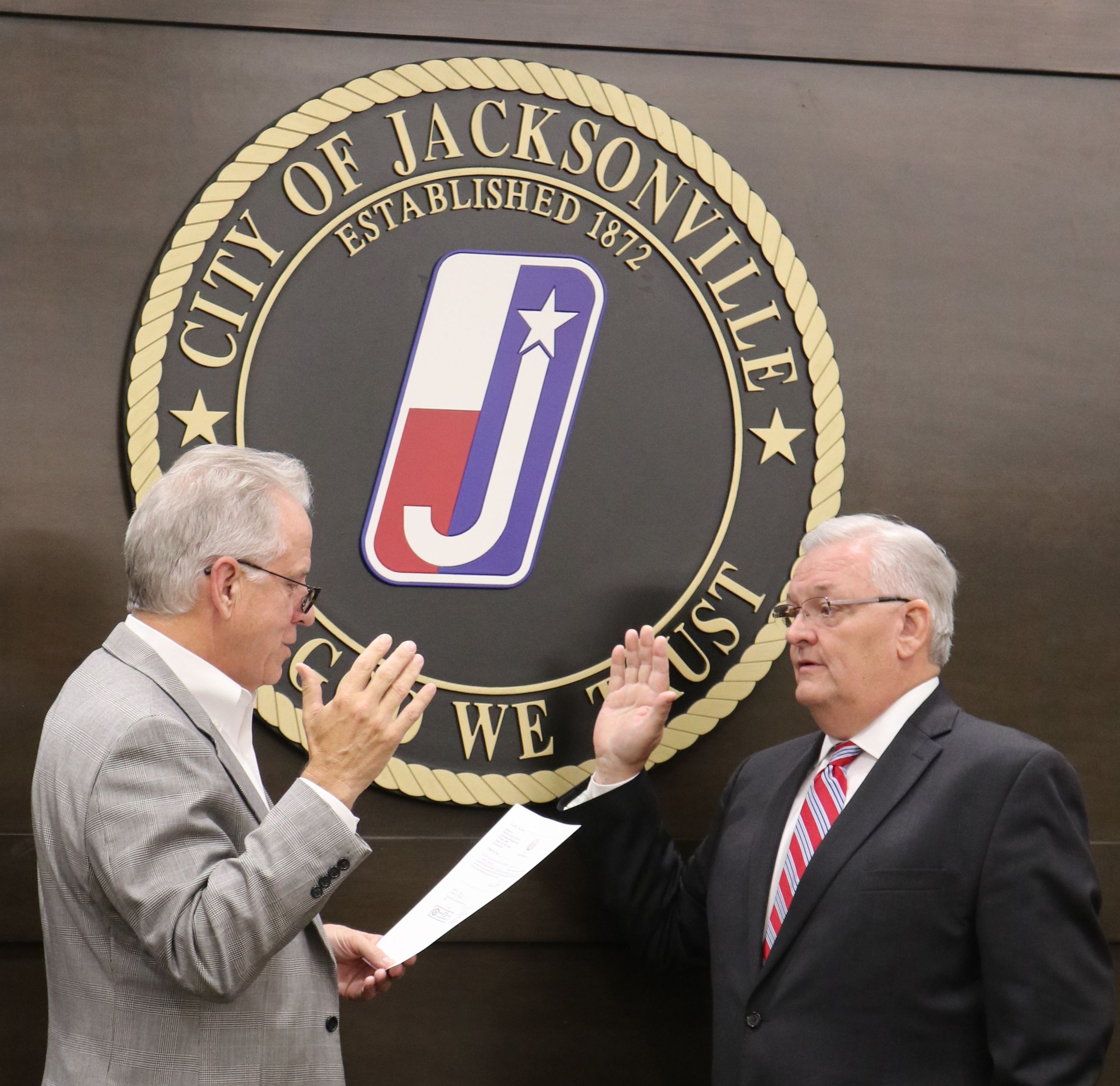 Jacksonville's First Mayors, and the Coup against City government.

There were approximately 48 businesses operating in old Jacksonville, when the town moved almost overnight in 1872 to meet the new International Railroad Depot on Wilson Street between Bolton and Main. The town elected Norwegian immigrant N.C. Gragard as its inaugural Mayor... he never served however due to not meeting citizenship requirements.

Elected in his place was J.H. Martin, a widower and grocer from Mississippi new to Jacksonville. No picture is available of him. People who knew him described him as approximately 50 years old and sparely built, about 5'11 140 pounds. His mouth was slightly caved in, and had a full beard rather thin and scattering on the jaws or side of his face, somewhat heavier on the chin but not very long. Hair and whiskers about two-third gray. A great talker.

During Mayor Martin’s first two-year term, he vacated his position to pursue opportunities in Central Texas. The citizens' decided they had enough of City government. Acting on bad legal advice, they elected a new Mayor who was not qualified believing that the town's charter would be dissolved. M.D. Morris (below) was elected Mayor in March 1875, found to be not qualified, and never served a single day in office. There was no City government from June 1875 to June 1882.

The above history was recorded in 1930 by Martin Luther (M L) Earle. He was a local historian, a surveyor and longtime Jacksonville mayor. His grandparents along with five children arrived in Cherokee County in 1846. They had hauled their possessions, first by boat to New Orleans then by ox-drawn wagon, walking much of the way. The Earle’s bought 320 acres near Gum Creek. They had such a successful water-powered grist mill and saw mill business that by the time the Civil War broke out they owned 4,000 acres. The area would be known as Earle’s Chapel.

Robert A. Huttash born 1912 in Kansas, moved to Jacksonville in 1940 with the Industrial Iron Works, which he managed along with his father. Upon their arrival, the Cherokee County Banner stated “that Jacksonville had taken another step forward toward becoming an industrial center.” In 1952, the business became Custom Body and Metal Co. which refurbished school buses until the state of Texas required all buses to be sent to a state penitentiary to be rebuilt by prisoner labor.

Robert A. Huttash was elected City Councilmen in 1946, and served 36 years on the council then served as Mayor for four. He was a founding member of Civilian Club, volunteer fireman 33 years and the fire station is named for him. He was a deacon of Central Baptist Church 45 years. As a lay speaker, traveling at his own expense, he did missionary work in such faraway places as Korea, Australia and Sri Lanka.

Philip Jack Pavletich, Jr. The son of an immigrant from Austria-Hungary, Philip was born 1915, in Alto. The family farmed and to make extra money, Philip picked cotton as a young boy at his great-uncle’s place in New Salem. In 1926, the family moved to the Jacksonville area. Philip worked at his father’s auto supply and service station, attended East Side Elementary, and graduated from Jacksonville High School in 1934, where he was on the football and track teams.

One night in June, Philip danced with the future 1936 Tomato Festival Queen, Frances Carolyn Wood. They married in ’39, lived in Jacksonville but also bought 100 acres in Tecula. Philip loved farming, grew sweet potatoes, tomatoes and at one time purchased 70 pairs of bobwhite quail. The hobby soon became a business and one year raised 50,000 quail.

In 1963, he was sworn in as city councilman and served 18 years. During those years he was elected mayor five times by the council. In 1977, the city charter was changed to divide the city into four districts, plus one at large district to elect the mayor. Philip ran and became the first “people-elected” mayor under the new charter. He was elected again in 1979, was also a Kiwanis Club member, a 32nd Degree Mason and Shriner.

Initially in 1915, Talley had arrived in Jacksonville at six months of age. His father, the Rev. Lewis W. Nichols would study to be a Methodist Minister at Alexander Collegiate Institute (Lon Morris College).

Son of Talley, grandson of Rev. Nichols, it is safe to say Robert comes from good stock and his mother, Ruth Bowling Nichols, was one of my favorite “spunky women." He is the product of Jacksonville public schools, played high school football and was considered an all-around great guy. Nichols was first elected to the Texas Senate in 2006. 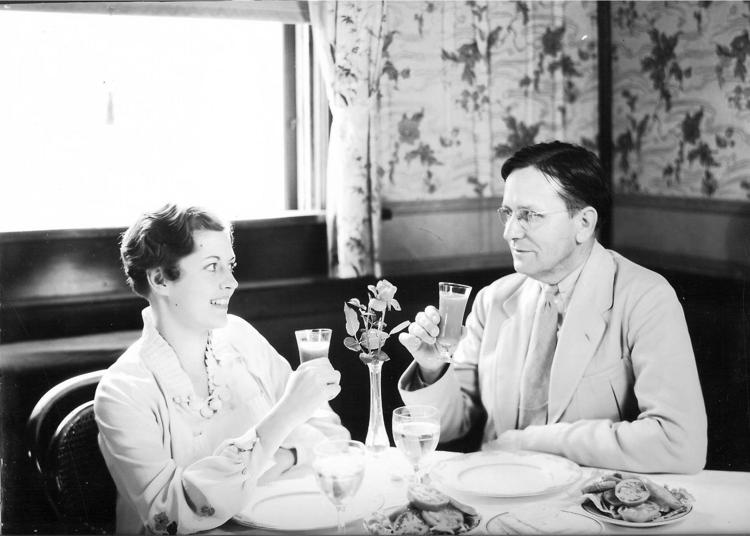