In Memory of Officer Randy Zimmerman

On Friday October 2, 1992 at approximately 10:00 P.M. Officer Randy Zimmerman and Officer Brixey Lewis were called to 711 Harrison St. in reference to a family disturbance. The officers were assisted by Reserve Deputy Shane Cannon. After officers separated the male and female at the location, Officer Zimmerman had Deputy Cannon escort the female into another room. As Deputy Cannon was doing this, Officers Zimmerman and Lewis asked the male to stand up so he could be placed under arrest. As the man stood up, he produced a pistol from his waistband and began shooting at the officers.

Officer Zimmerman was wounded in the neck and the back of the left arm but was able to return fire. Officer Lewis attempted to return fire but was struck in his gun hand causing his service weapon to malfunction. Deputy Cannon returned fire killing the suspect. Officer Randy Zimmerman left behind a wife, Peggy Zimmerman and two children J. D. and Nicole Zimmerman. 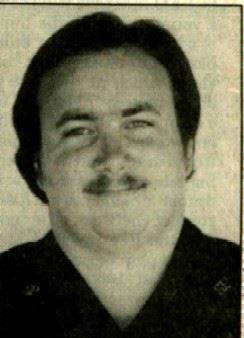